Samsung’s Galaxy Watch 4 is a major release, not just for the company. It’s a complete reworking of the company’s smartwatch range and the premiere of new software co-engineered with Google – making it the first time the revamped Wear OS 3 is available.

The good news is that Samsung has nailed the experience for the most part. The Galaxy Watch 4 is hard to criticize in terms of hardware, and the updated software makes it the greatest smartwatch you can buy that isn’t an Apple product — at least for the time being.

The only real drawback is that Samsung is busy building a walled garden to compete with its Californian rival. Thus the Galaxy Watch 4 performs best when coupled with a Samsung phone. Other Android users will find enough to like, even if a few functions are lacking, but iPhone users will be left out in the cold – this will not work. 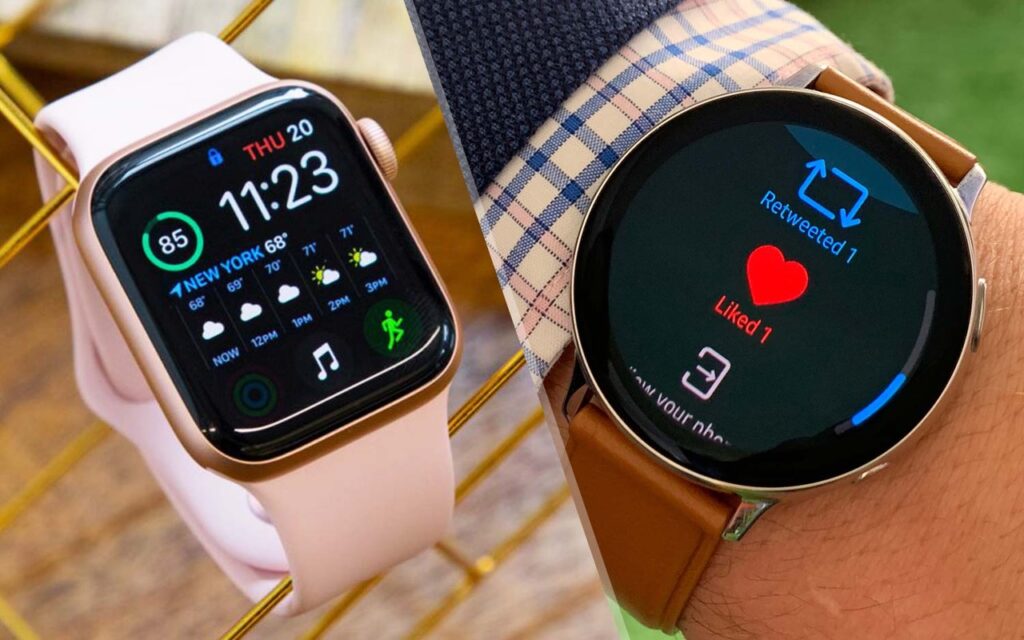 The Galaxy Watch 4 has a clean, minimalist design that looks fine but isn’t meant to attract too much attention.

It comes in two sizes, 40mm and 44mm, as well as a variety of colors: black and silver are available in both sizes, while pink gold is designated for the smaller model and dark green for the bigger.

I’ve been trying out the larger model, and it’s a touch bulky. The 40mm model may perform better, but I doubt it – they’re both 9.8mm thick. Thus the smaller variant may feel heftier proportionately.

The circular watch body is made of ‘Armor Aluminium,’ which is the same metal used in the frames of Samsung’s latest Galaxy Z Fold 3 and Z Flip 3 phones. The default strap is a rubberized one, although Samsung sells a variety of choices, and any size Watch 4 can be fitted with ordinary 20mm watch straps – but they won’t sit as flush against the body as Samsung’s official curved bands.

Samsung has chosen an AMOLED panel for this watch, and it’s bright and colorful even in direct sunshine, with very strong colors that make the most of the number of watches faces featured – over 20 out of the box, most of which are fairly configurable, and plenty more available to download.

There is still a very thick black bezel around the display’s borders – one advantage of the Classic, where the physical bezel mostly conceals this – and I’d like to see Samsung minimize this space next time around, though it isn’t too irritating.

Wear OS 3 is the result of a partnership between Google and Samsung, which had previously created its own TizenOS for use on smartwatches. Wear OS 3 will not be released until 2022. Therefore this watch will officially run ‘Wear OS powered by Samsung.’ In terms of functionality, this is certainly a first look at Google’s redesign, albeit with Samsung’s take on top.

That means you’ll get Samsung’s own One UI Watch interface, which means navigating the Galaxy Watch 4 feels more like navigating Samsung’s Galaxy phones than anything Google has to offer, with Samsung Pay and Bixby taking precedence over Google Pay and Google Assistant — While Google’s payment system is supported, it does not have a hardware shortcut, and its assistant is not available. 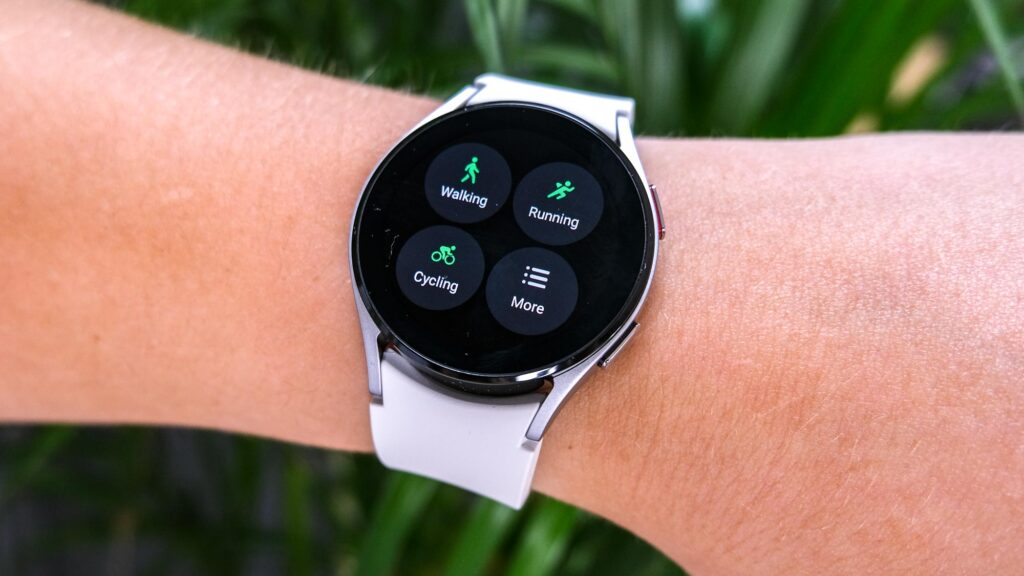 Fitness and health tracking on the Watch 4 can only be described as ‘comprehensive.’

You may monitor not just your heart rate but also blood oxygen levels, irregular heartbeats, sleep quality, stress, and a key new one: body composition, thanks to an array of sensors.

The Galaxy Watch 4 employs bioelectrical impedance to determine the proportion of fat, muscle, and water in your body, similar to many smart scales. It takes about 30 seconds to complete the test, which entails touching the buttons with two fingers for the duration.

My Withings Body Cardio, which I believe is the more accurate of the two, didn’t match the results exactly. However, as a quick reference, this is useful, and it’s a truly unique function when compared to other smartwatches. It should also appeal to anyone who wishes to keep track of their body composition without becoming obsessed with their weight, which is difficult to avoid while using a scale. 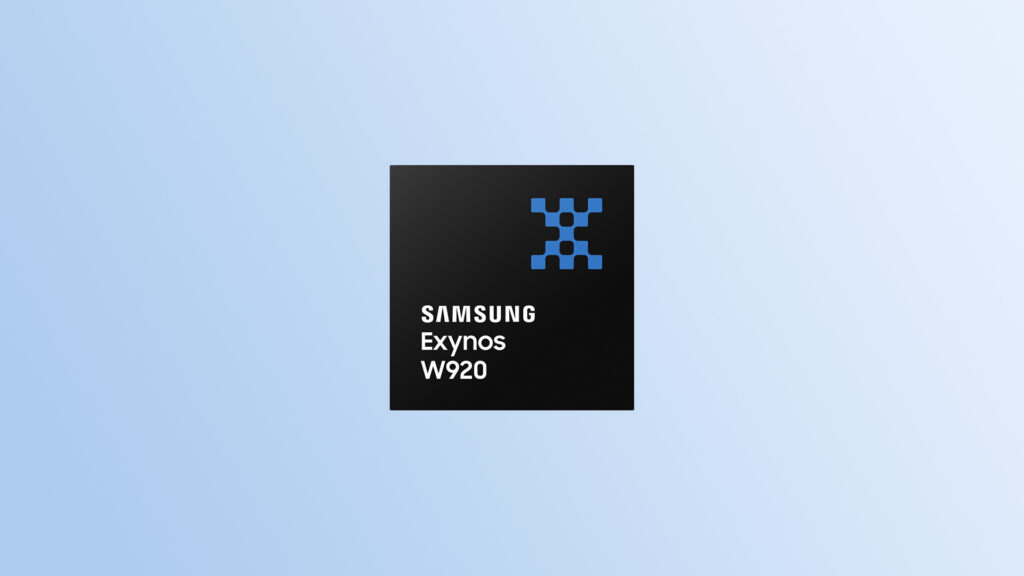 Specs aren’t the first thing that comes to mind when thinking about a smartwatch, but they’re important to consider.

The chip within the Galaxy Watch 4 has been improved by Samsung, and the new Exynos W920 is significant for moving to a smaller and more efficient 5nm technology. In theory, this means more power, but it also means better power efficiency.

For the time being, forget about the battery life; there’s certainly plenty of juice here. The Galaxy Watch 4 is constantly smooth and fluid to operate, and I never felt it lag, stutter, or struggle with anything I asked it to perform during my time with it.

The chipset is paired with 1.5GB of RAM and an enhanced 16GB of storage – which may not sound like much but should be enough for a watch in terms of installed apps and music for offline listening. 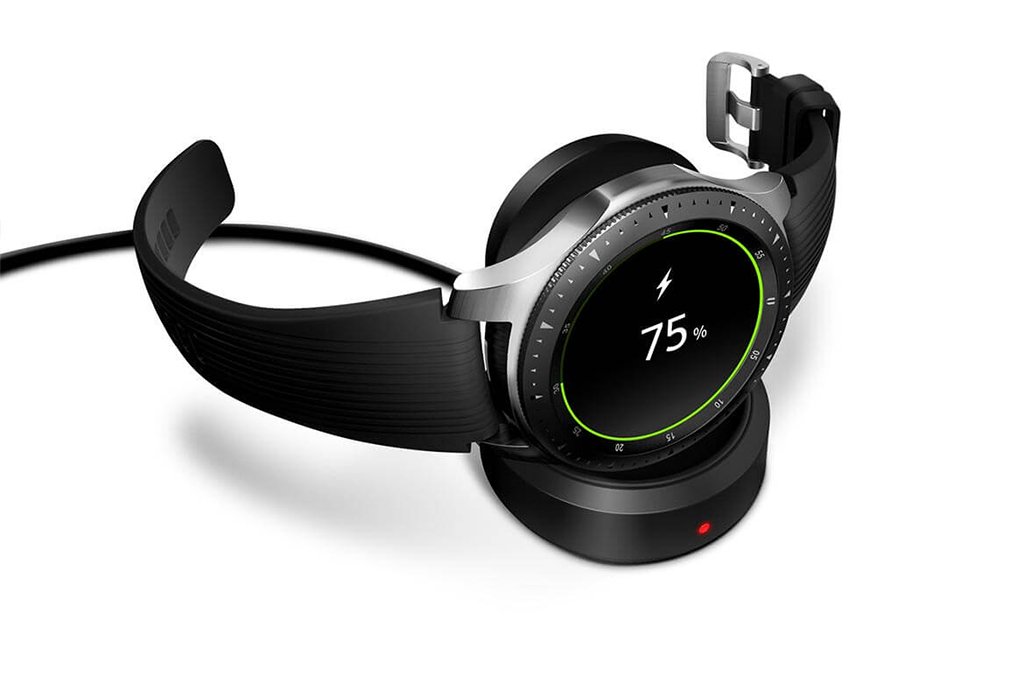 The Watch 4 has a battery life of ‘up to 40 hours,’ which is roughly right – though there is a lot of variation depending on how you use the watch.

I found that the Watch 4 would last me approximately two days on the normal settings, including sleep tracking, so I didn’t have to worry about charging it every day. Of course, battery life may deteriorate over time, but it appears that this device will always be able to last at least 24 hours for a full day of tracking sleep.

Using the always-on display will dramatically deplete the battery, effectively turning it into a one-day device. Battery life is affected by factors such as how often you set the heart rate monitor, how frequently you use the Watch 4 for fitness tracking, and how much you use it for music playback or replying to messages.

The cost and the availability

The Galaxy Watch 4 is currently available in over 100 countries, and it comes in four different sizes and LTE options:

It’s available from merchants like Amazon in a few pre-selected color/strap combinations, but if you buy straight from Samsung, you can utilize the Bespoke Studio to create the precise combination you desire.

If you prefer the look of the Galaxy Watch 4 Classic, you can get one for £100/€100/$100 more while having essentially the same functionality – so you’re paying a lot more for the classic aesthetic and spinning bezel.

Samsung’s outstanding smartwatch track record continues with the Galaxy Watch 4, but the cooperation with Google appears to have boosted both companies.

This generation of Wear OS is undoubtedly the greatest smartwatch software outside of an Apple Watch, at least until Wear OS 3 releases in full in 2022, and the chipset enhancements and body composition tracking ensure that the hardware is specced to match.

It’s a shame that a handful of the tracking measures are only available to Samsung phone customers, which may deter other Android users – and iPhone users won’t be able to use it at all. However, if you’re already a Samsung fan, there’s no better wristwatch on the market right now.

How to Activate AMC Via AMC.Com/Activate In 2022

7 Best Ways to Get More Followers on TikTok In 2022

How to Activate AMC Via AMC.Com/Activate In 2022